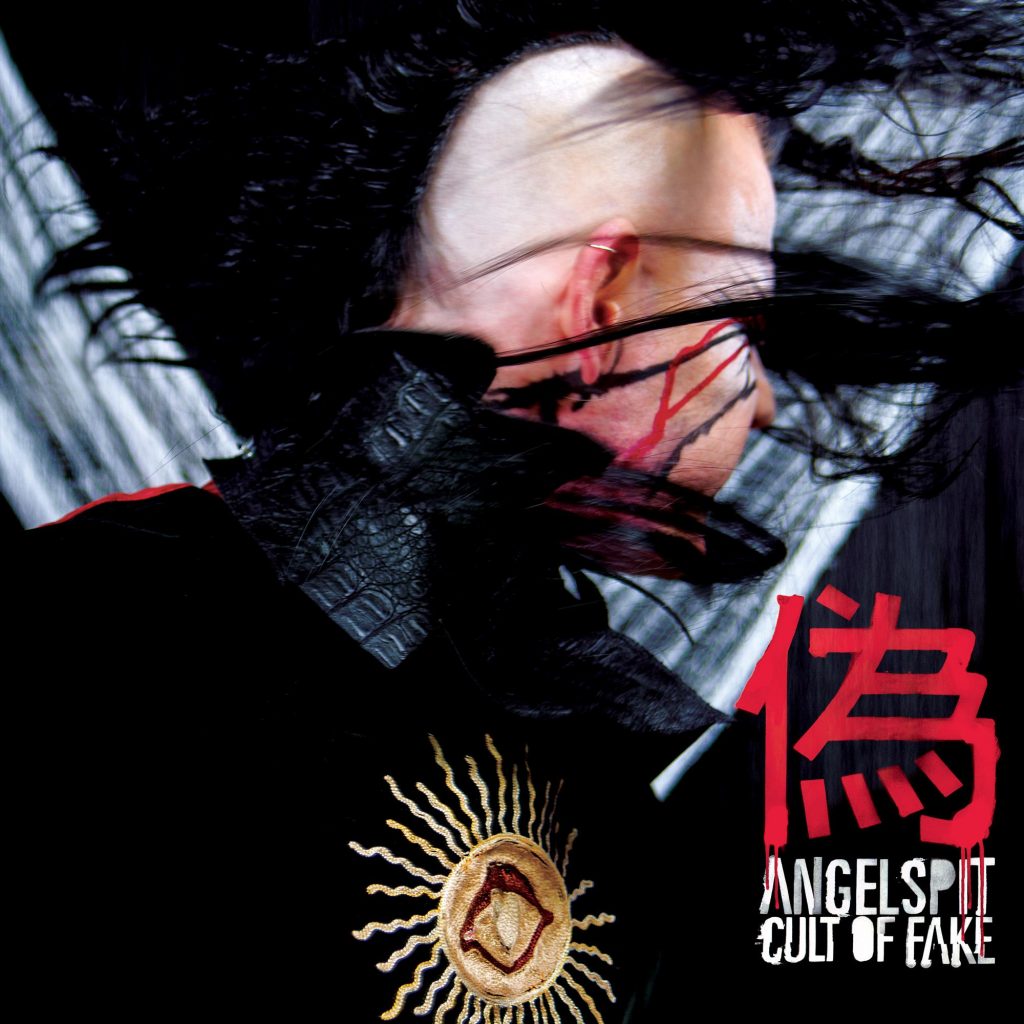 ANGELSPIT
Angelspit throws the listener in the middle of a sonic war zone. Their live shows ARE a war zone. Pure energy. Pure fun! Their music is driving. Their design and fashion are fierce. Their photography is visually arresting. Their artwork is bold and striking. Currently based in Chicago, IL USA, Angelspit has launched eighteen releases since their inception in June 2004.
Hailing from Sydney Australia, known for tortured synthesizers, slamming drums and intelligent, relevant lyrics – with a twist of sarcasm.
Angelspit has played many major European festivals (Mera Luna, Summer Darkness, Wave Gothic Treffin and more), toured North America, Europe, UK and Australia. Their music and performance have been recognized, critically acclaimed and slammed through numerous media outlets.
This year, Angelspit embarks on their seventh major US tour promoting their new album “Cult Of Fake”. This is
Angelspit’s 6th studio album, released on June 6, 2016 – the ten year anniversary of Angelspit’s first full length album, KRANKHAUS. “Cult Of Fake” features EBM/EDM club-destroying beats smash against Angelspit’s harsh industrial sound on the new 12-track album, crafting a vicious new thumping hybrid, making “Cult Of Fake” Angelspit’s first album to focus on dance music.

DIE SEKTOR
Die Sektor (Official) released their first album ‘To Be Fed Upon’ on the harsh industrial label Noittek in 2006. After several week of topping the DAC and a handful of shows in the U.S. and Mexico, Die Sektor went on a long hiatus while Scott starting putting together material that would advance and not copy dark electronic music. In 2010 they released the genre bending album ‘Applied Structure In A Void'. For many fans in the genre of Industrial ‘ASIAV’ raised the bar as far as the quality and songwriting that could be done with dark electro industrial music.
After several shows across the US Die Sektor began to gain a reputation for intense, exciting and powerful live performances. In 2012 Die Sektor released the extremely emotional and dark album ‘The Final Electro Solution’. Die Sektor set out on a US tour to support the album, gaining fans and raising the craft of electro shows to new levels. Through 2011 and 2012 Die Sektor remixed bands on almost every industrial label across the globe and has built a strong reputation as one of the top remix producers in the genre.
In 2013 Die Sektor put the final touches on a new studio album titled ‘(-) existence ‘. The new album has been touted as the final chapter in ‘The Void Trilogy’ made up of ‘ASIAV’ and ‘TFES’. (-) existence became the most critically acclaimed album from Die Sektor to date. In 2014 Die Sektor did their first European tour starting and then toured the U.S. again. After two U.S. tours in 2015 Die Sektor is finishing up their next studio album 'Death My Darling I' and will be playing many of the new songs on tour in 2016 with Angelspit.

THE DEAD ROOM
The Dead Room is a band from Chicago, IL that features Danceable Beats, Smart Sampling and Infectious Synth lines wrapped around socio-political messages.