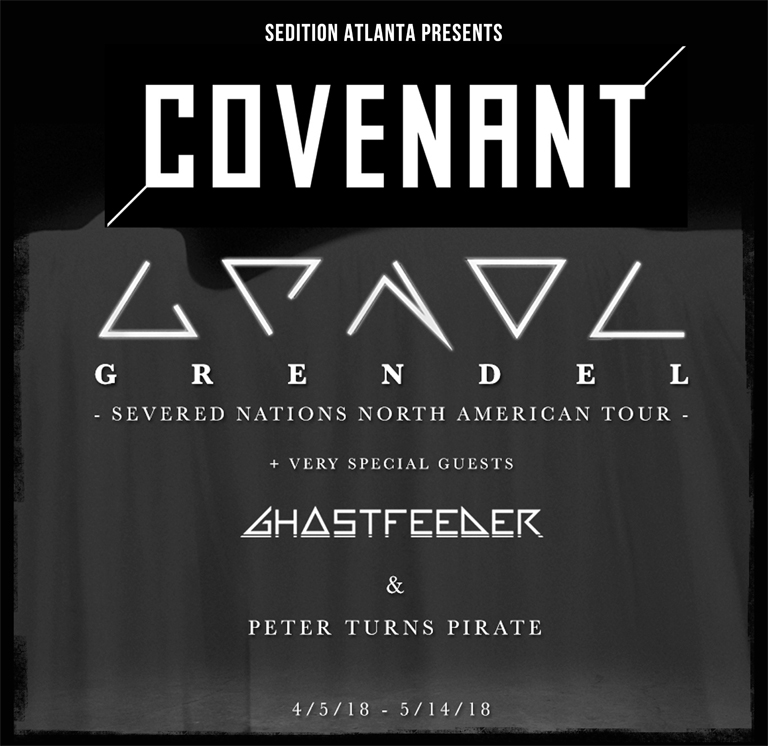 Sedition Atlanta, with Darker Side of Light Productions and MusicWerks, are proud to bring you Covenant and Grendel, two of dark alternative's signature acts as they make their eagerly anticipated return to Atlanta! Joining them will be Aesthetic Perfection and Peter Turns Pirate. Two tours collide for a unique, once in a lifetime concert experience! 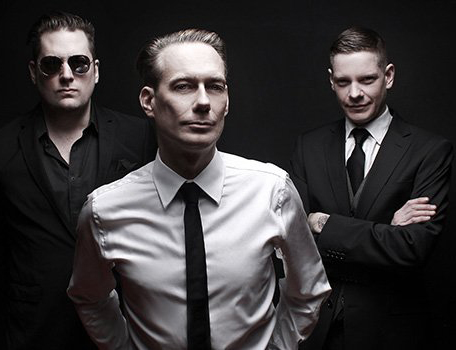 It's a name that implies extraordinary commitment, a certain grandiosity, and a bond stronger than blood. As a name, Covenant—with its biblical overtones—was perhaps a bit ambitious for an upstart band of teenagers from southern Sweden armed with rudimentary electronics, but it ended up being extraordinarily fitting. Whether or not life subsequently imitated art or art subsequently imitated life is debatable, either way the band's moniker ended up perfectly summing up the vision, grandeur, and brotherhood that is the band itself.

Their music is built around deep, droning tones and thundering rhythms that support dark songs focusing on science fictional and cyberpunk themes, such as "Replicant" and "Painamplifier" from Dreams of a Cryotank. 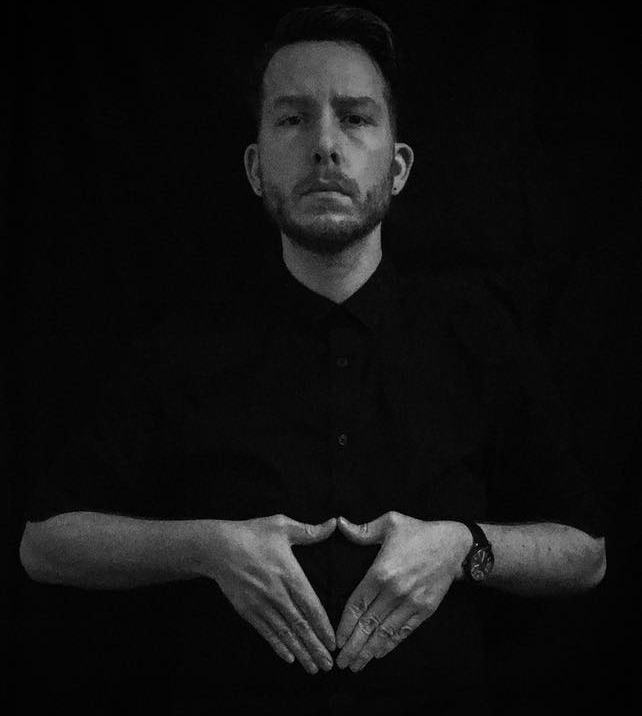 Using the grisly tale behind the name "Grendel" as a basis for their music, Grendel has successfully emerged as a dark and chaotic force in the underground electronic scene. In 1997 Grendel was formed although this was not the band's original name. It wasn't until the band as it was known split up that the remaining members decided to change the name. "Grendel" was a beast in the classic mythological story of "Beowulf" that would lure people from villages and drown them in marshes. The new name and line up helped to create a unique aura for the band that attracted thousands of fans across Europe.

After of their 2012 release "Timewave Zero", the band is currently completing work on their latest album, "Age Of The Disposable Body", which is to be released in 2017 by Infacted Recordings & Metropolis Records.

Ghostfeeder is the brainchild of songwriter, programmer, and vocalist Derek Walborn. Along with guitarist/compatriot Luke Dangler, he presses riffing guitars and get-up-and-dance bass lines through a filter of gritty synth leads and painstakingly calculated digital glitches. The end result is the sonic equivalent of dragging a lifetime of 8-bit video games and science fiction films across the sticky floor of your local rock music hall and then cleaning it up just enough to sneak past the bouncer at that dance club you’ve always wanted to get into.

Eager to provide fans, colleagues, and venues alike with an unexpected degree of professionalism, Ghostfeeder’s ever-evolving performance makes an impression. Thus far, Ghostfeeder has shared stages and venues with national acts including Blink 182, Powerman 5000, The Bunny The Bear, Genitorturers, Nonpoint, Royal Blood, and Filter. Thanks to overwhelming fan support, the band also played on the Ernie Ball Stage at the 2013 Van’s Warped Tour. In February of 2014, Ghostfeeder, in collaboration with Chris Corner of IAMX, released a music video for the song “Just Like That,” propelling their name, music, and style into the international spotlight. October of 2014 saw Ghostfeeder releasing “The Messenger,” a conceptual EP about alien abduction with the support of Beyond Therapy Records. In 2015, Ghostfeeder successfully wrapped their first North American tour in direct support of En Esch, formerly of KMFDM, making many new friends along the way. 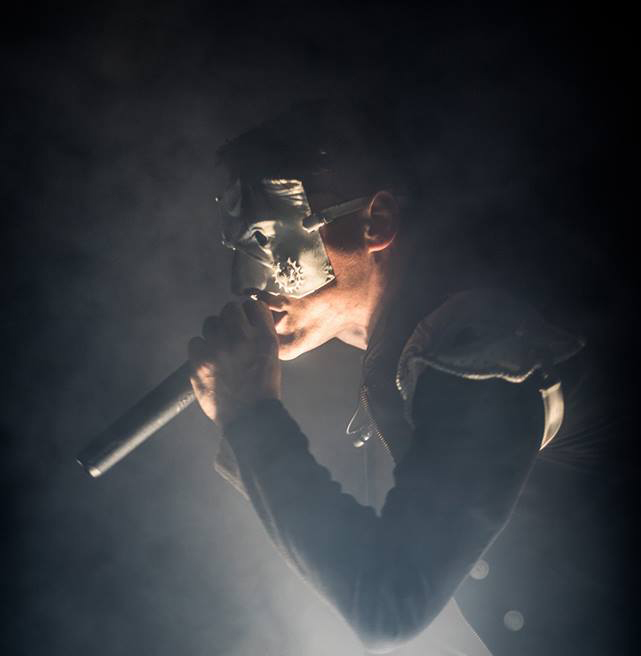 Peter Turns Pirate, a solo artist based out of Toronto Canada, has been evolving his craft since 2004. His shows guide the viewer into a world of imagination and intrigue. Known for his theatrical and dramatic live setting, Peter Turns Pirate transforms the stage into his own playground. PTP has toured Ontario, Canada for the past four years and continues to entice audiences abroad. Some of his influences include such acts as Nine Inch Nails, Mindless Self Indulgence, Marilyn Manson and Michael Jackson. His music is a mesh of metal, electronics, pop, ambient and experimental influences. His shows include eclectic wardrobe selections along with special effects that illuminate each of his performances. Peter Turns Pirate is a true spectacle that cannot be missed.