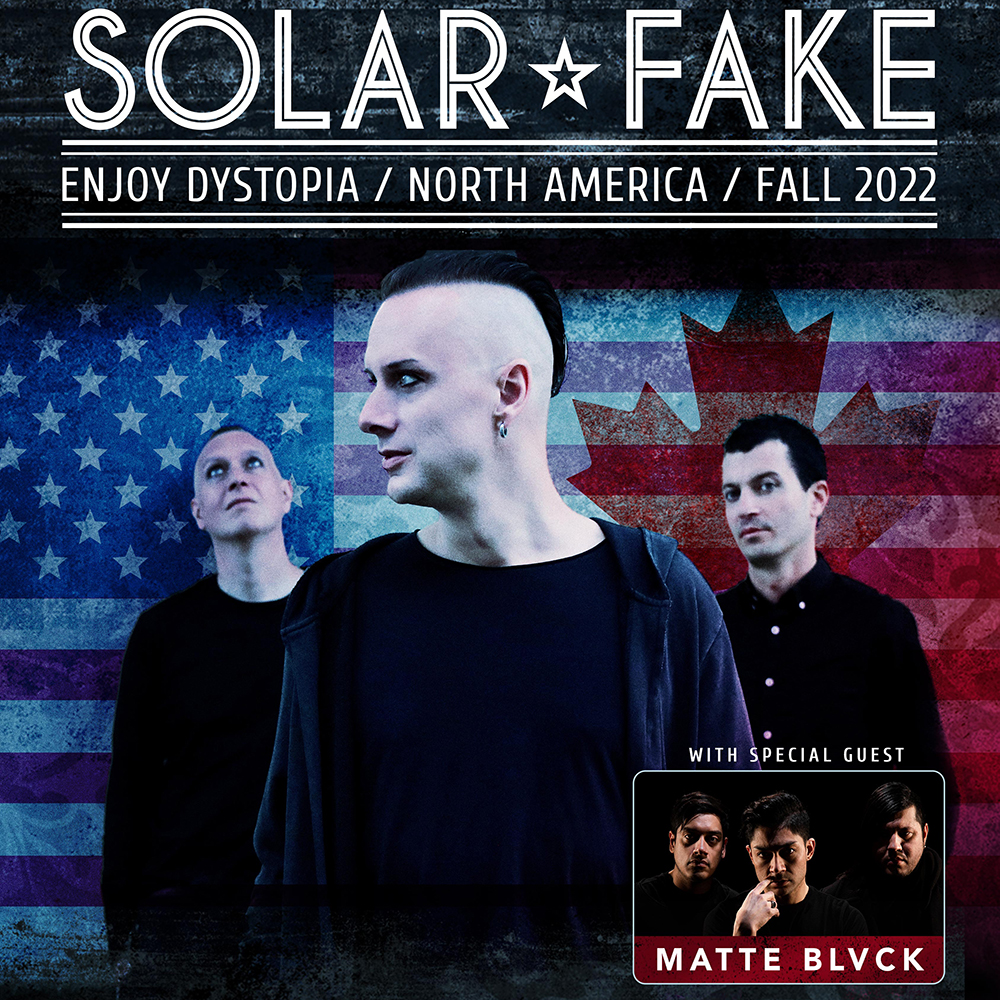 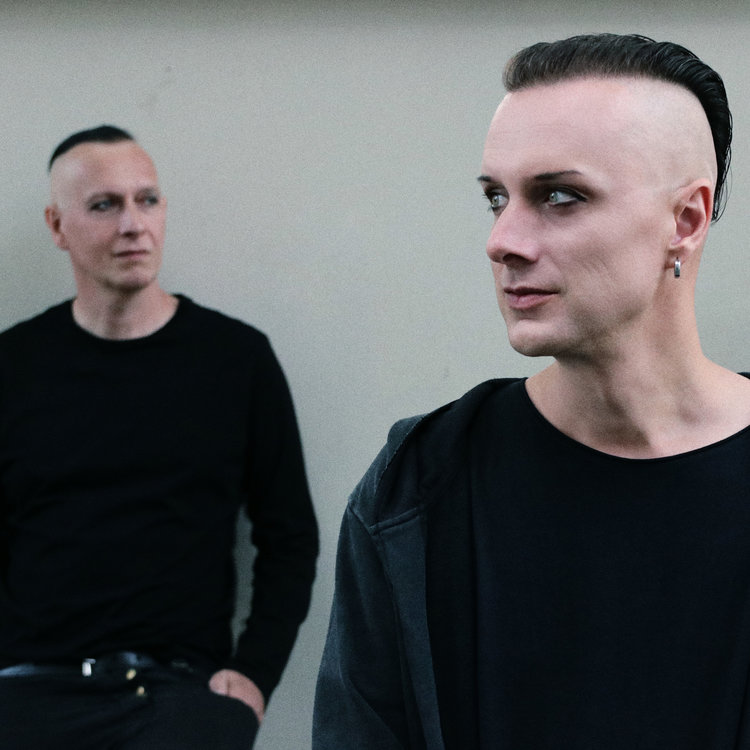 Solar Fake is the synthpop / industrial / indie-electro act of German musician Sven Friedrich (also Zeraphine, formerly Dreadful Shadows), founded in 2007.  On-stage, the band performs as a trio with André Feller on keys and bass, and Jens Halbauer on drums.  With their third studio album, “Reasons To Kill” (2013), Solar Fake had their first entry in the official German album charts, and since then, all the following albums have also hit the charts including the 2021 release of 'Enjoy Dystopia', which saw the band's highest chart entry at #4.  Solar Fake are signed to Berlin-based label Out of Line, and have played special dates such as "Gothic Meets Klassik" in the Leipzig Gewandhaus, embarked on full tours with bands such as VNV Nation, Project Pitchfork, Peter Heppner, Covenant, Camouflage, and Aesthetic Perfection, and performed at festivals such as Blackfield Festival, Amphi Festival, M'era Luna, and Wave Gotik Treffen.

Tenderlash is the solo electronic project of artist/composer/vocalist Candy Durant, based in North Carolina. The project draws influence from 80s underground new wave, coldwave, and darkwave. Tenderlash was officially launched in 2013 with the single Mourning At Midnight, but the project was set aside while Durant played and toured with other bands.

In March of 2020, Tenderlash was resurrected and the Mourning EP was released. This led to the project being signed to the European label Swiss Dark Nights for the release of the debut album Hold Still in January 2021. A live album Live From A Dark Room followed in June 2021. Hold Still was well received and caught the attention of fans from around the world. It continues to be requested and played in clubs, podcasts, online radio, and livestreams, and made several “Best of 2021” lists.

Tenderlash has performed at Electromusic Asheville, Absolution Fest, and WCKD WKND, and shared stages with artists such as Astari Nite, Bootblacks, IIOIOIOII, Riki, Astrea Corp, Dead Cool, Kiss of The Whip, Cold Choir, and Nite, to name a few, and has performed livestreams with NNHMN, Hapax, Suzi Sabotage, and others. Tenderlash is currently working on new music and planning more live