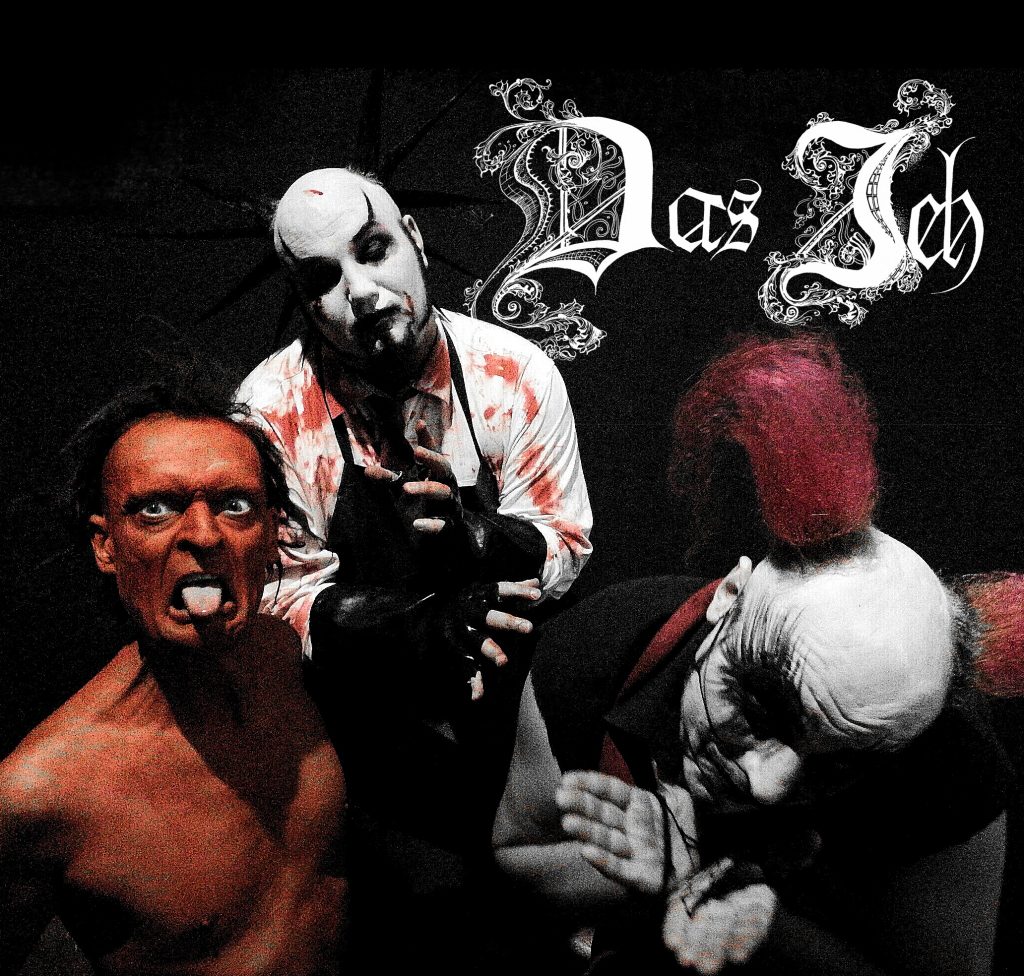 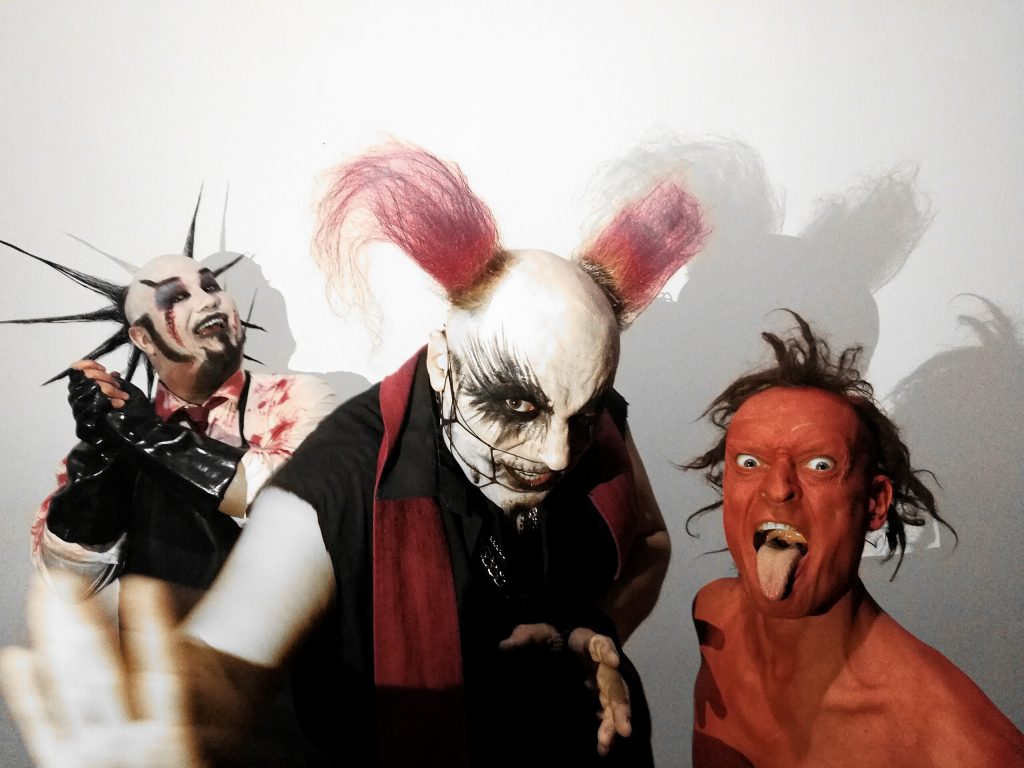 (Official Bio) As at the end of 1980’s Bruno Kramm and Stefan Ackermann, back then young New Wave musicians, were sending their first religion-criticising demotapes they could not even imagine that this specific release would be soon defining a whole new music genre, "Neue Deutsche Todeskunst" ("new german death art"). Songs like "Gottes Tod" and "Des Satans neue Kleider", that are still on this new century carrying a very special magic in them, became well known hymns of the black scene in the new freshly united Germany,

On their extended worldwide tours in Europe, USA, South-America, Asia, Israel and Russia, Das Ich was not only strongly promoting the culture of a new and expressive but at the same time still well beware of it’s horrifying past Germany. They also helped their mother tongue, german, to finally emancipate from Schlager, folk music and Krautrock. Between their albums "Staub", "Egodram", "Lava", "Antichrist" and "Cabaret", Stefan Ackermann and Bruno Kramm have always allowed long periods for the inspiration being able to develop their own musical language that has always been responding to every epoch and period of time. 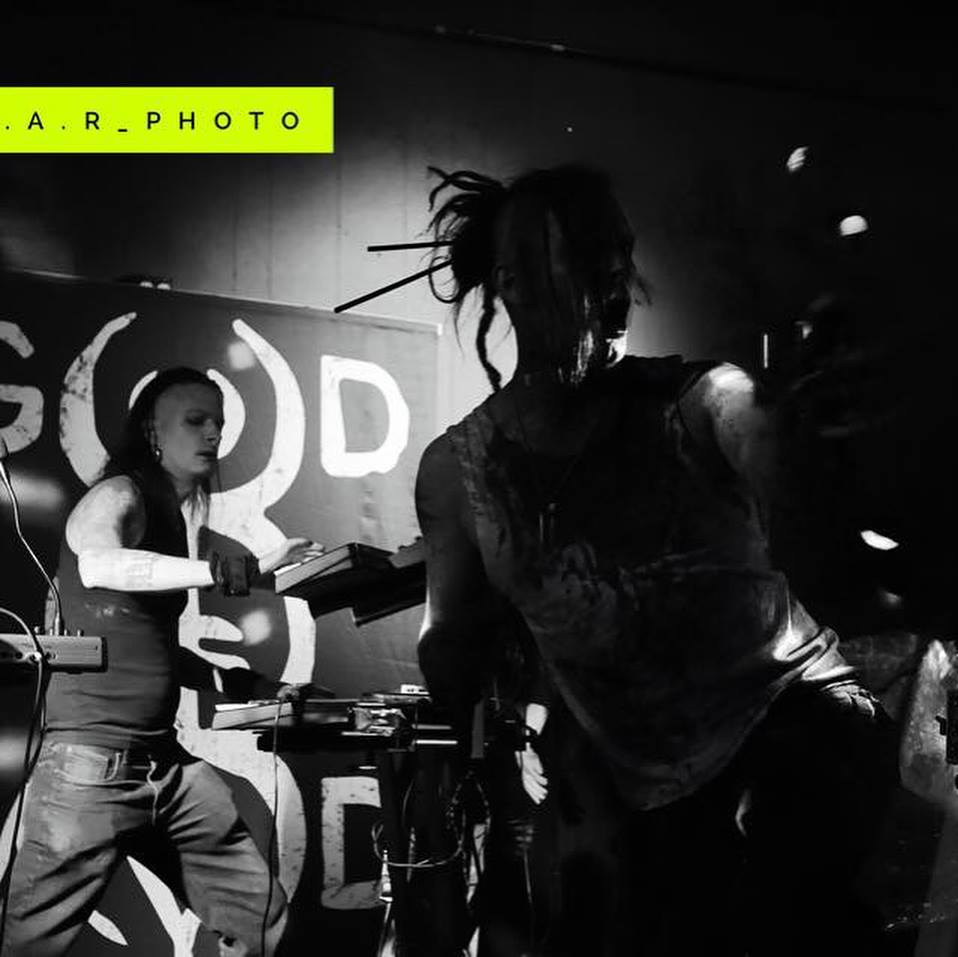 Finite Automata began as a solo project in the summer of 2006 by front-man Mod Eschar (Dom Price). In 2007 Eschar was joined by founding member c. Grendel (Christopher Stanley); inspired by the groundbreaking works of Skinny Puppy, Front Line Assembly and other electronic acts such as Severed Heads and Project Pitchfork, the duo began to churn out a sonic onslaught of haunting melodies and demented mentally vexing vocals. They were joined later that same year by multi-instrumentalist Mat Syn (Mat Porter). The group has had a few lineup changes over the years, with Eschar remaining at the project’s creative core. The group began to become recognized nationally over time after touring extensively with notable acts such as God Module and Dismantled. Over the course of their career, they have also shared the stage on multiple occasions with Combichrist, Genitorterers, and 3Teeth. The group is currently based out of Atlanta, GA and consists of Eschar (vocals), Scott Storey (keys), and Timothy Miller (guitars). Over the years, Eschar has broadened his artistic palette, and Finite Automata is currently working on a new release that promises to take the band in new creative directions.

KANGAROT
Created in Asheville, North Carolina in 2010, Kangarot is an independent synth and ebm group founded Josh Reed and Wes Hollamon. Hollamon and Reed met in their first year of college through friends. Kangarot currently consists of Josh Reed, and churns out electro-industrial bangers reminiscent of old-skool Leaether Strip, Front 242, Portion Control, and Front Line Assembly. He recently had the pleasure of opening for Soft Moon and Boy Harsher.