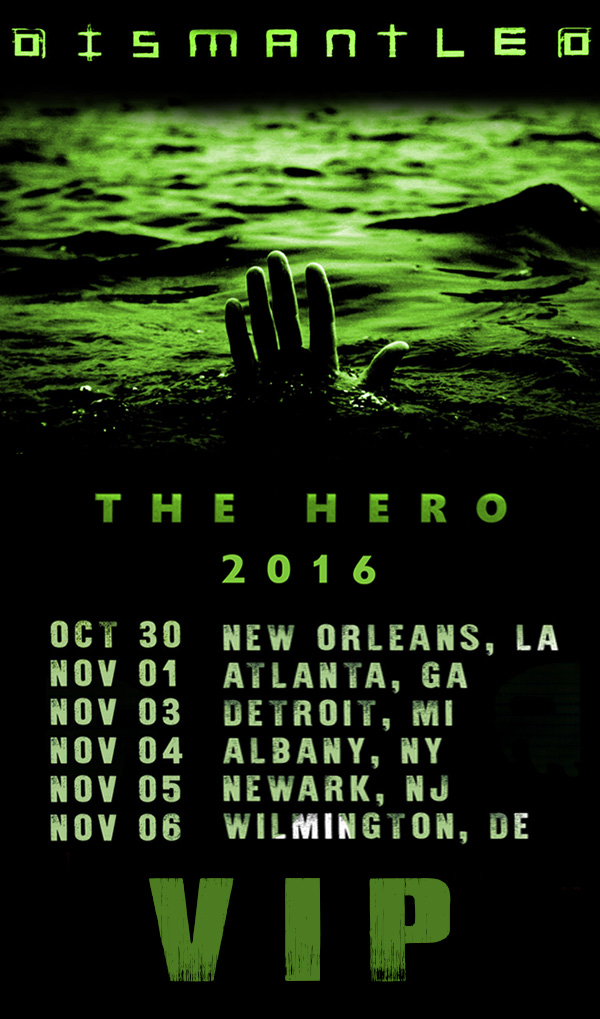 <p><strong>DISMANTLED (Metropolis/Dependent)</strong><br />Dismantled is the product of an experiment that began in late 2000 by Gary Zon, who was attempting to create something similar to Front Line Assembly's sound. After overwhelming positive feedback from online listeners, Gary began further sonic construction by drawing influences from television, movies, and music as well as adding vocals into the mix. The resulting sound was a unique blend of very melodic, yet complex mix of layered electro-industrial merged with trance elements. This dark, brooding, futuristic ensemble yielded more and more positive feedback, while comparing it to Front Line Assembly, Haujobb, Wumpscut and Velvet Acid Christ.</p>
<hr />
<p><strong>FINITE AUTOMATA (Latex Records)</strong><br />They’ve been referred to as a welcome throwback to the harsher, heavier aesthetic of mid 80 - mid 90’s electro-industrial. However the group does not to limit itself, and forges a fresh reconciliation of the new school with the old. Bizarre and sometimes fatalistic stage antics, combined with driving yet dancable rhythms solidify the group's observational approach to the fallacy of human nature. To date, Finite Automata released their EP release Here Won No One (2011), their first full length album Recurse (2012), and Second Circle (2015); this year they released their second and third singles from their forthcoming sophomore full length release on the Split EP MACHINE STATES alongside Ectoproxy.</p>
<hr />
<p><strong>ZY_GOTE (Crunch Pod)</strong><br />Local industrial noise artist Stan Theman Pavlov has been an avid supporter of the Atlanta scene and a fixture at many local events. Having experimented with production and industrial noise for years under the name "The Sound of Paranoia", his new project fuses elements of industrial dance with tribal, noise, and a healthy dose of sampling.</p>