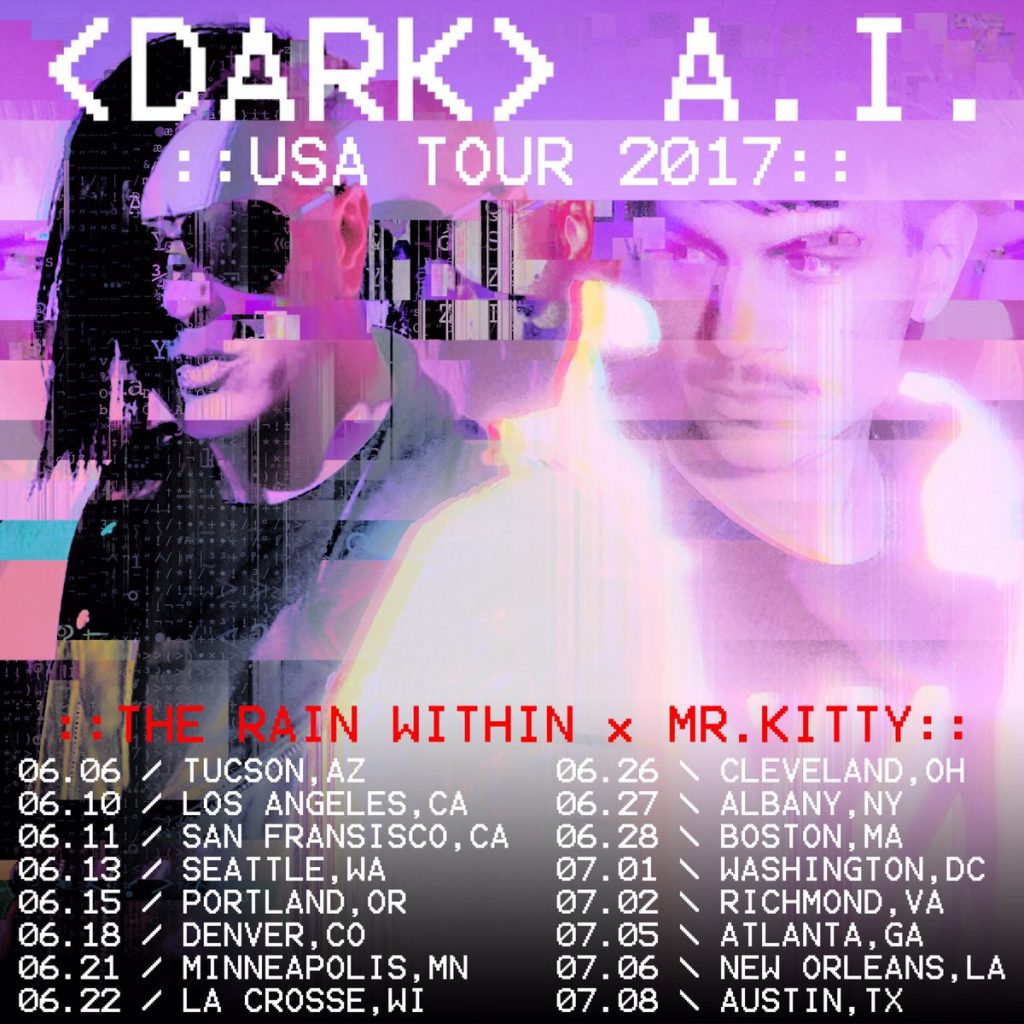 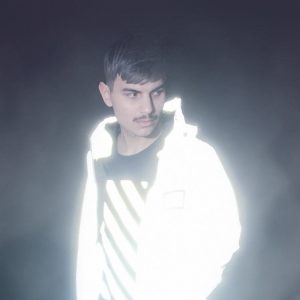 Self Destructive Synthpop; Mr Kitty This project is the brainchild of solo artist Forrest Avery Carney. The project goes back pre-dating the first release in 2011. Since then he has released a new album each year packed with great music. As of 2017 the sixth album was released marking a great milestone in the band's history. Throughout all of these years and while creating this excellent music and releasing new albums year after year and in spite of all that he still finds time to play live shows. He has toured with the likes of IAMX and others and continues to play live in support of the latest releases.

THE RAIN WITHIN (Negative Gain)

The Rain Within is the solo project of Bella Morte's lead singer Andy Deane. It is entitled so because the music is reminiscent of Bella Morte's song 'The Rain Within Her Hands'. The first album, 'Pain Management', was released in July 2010. Since then, Deane has released 3 more albums; a self titled, Thunderheart, and Dark Drive. Notable for possessing a more synthwave driven sound, The Rain Within is a departure from the more Darkwave influenced Bella Morte. Deane, along with Ego Likeness drummer Mike K Johnson, toured the country with their Ego Likeness kin in late 2015; and will be finally hitting Atlanta.

Midnight Myth is the side project of Scott Deadman of Die Sektor. His new project, while still possessing hints of his primary project, is an entirely different beast, combining elements of industrial, and synthpop best described as "Alternative Pop", with the more accessible vocal stylings of Burton. To date the group has released two songs, both available on Bandcamp.