Sedition Atlanta has partnered with Tight Bros Network to bring you our first Synthwave and Outrun concert! 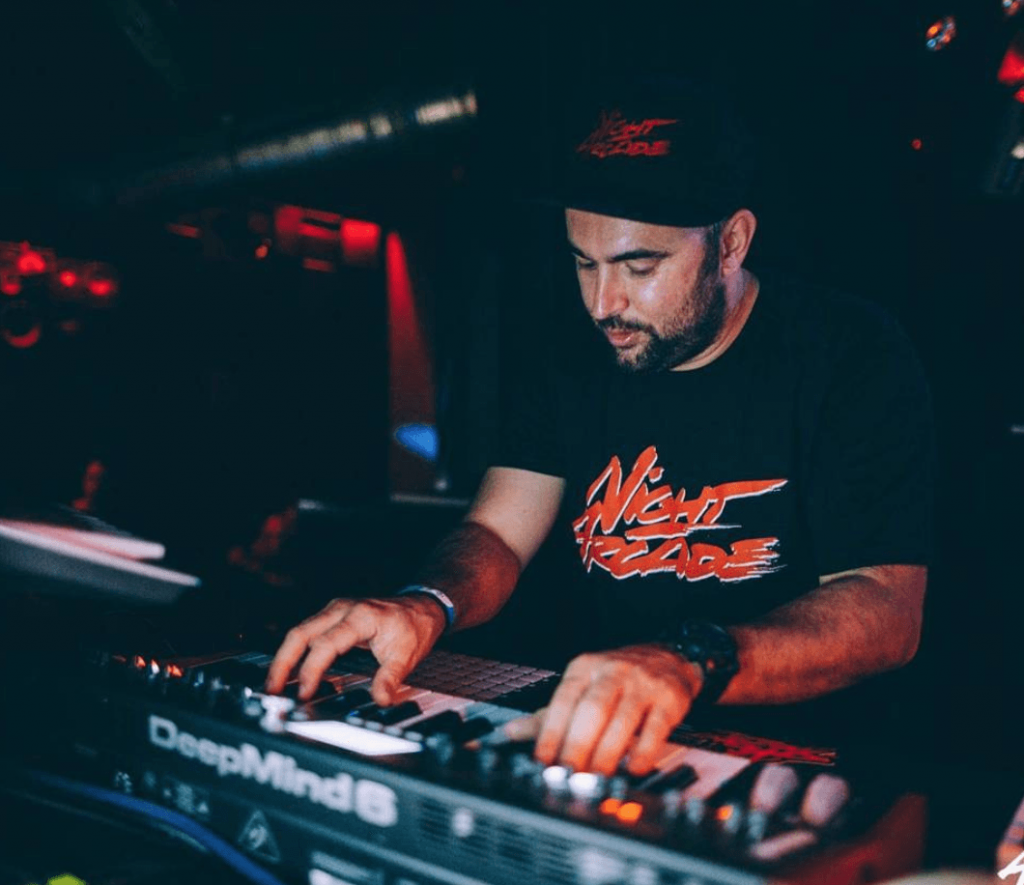 Timecop1983's music is heavily inspired by music from the '80s and is best described as romantic, cinematic and dreamy. There are many names for the genre but he always likes to label it as Synthwave or Dreamwave.

Amongst producers like "Carpenter Brut", "Power Glove" and other more aggressive '80s inspired musicians he stands out by creating mainly romantic music that takes you back to the time of Back to the Future, Power Rock Ballads and hanging out at the mall with your friends while looking at girls in hotpants and neon clothes.

Since the release of his debut album "Childhood Memories" in February 2014 he has been anything but unproductive with 3 albums and 5 EP's to his name. In 2015 his album "Reflections" took the #1 spot in the best abums of the year and in 2016 the #1 spot in the best EP's of the year by industry leading platform NewRetroWave. In 2016 he also started doing live shows and he has done many (international) performances since.

His music has been featured in various (short) films (this year in the Netflix production Coin Heist and You Get Me), he is part of the soundtrack for the videogame "Crossing Souls" by Fourattic (published by Devolver Digital), soundtracking for various other films and he started a side-project called Division. 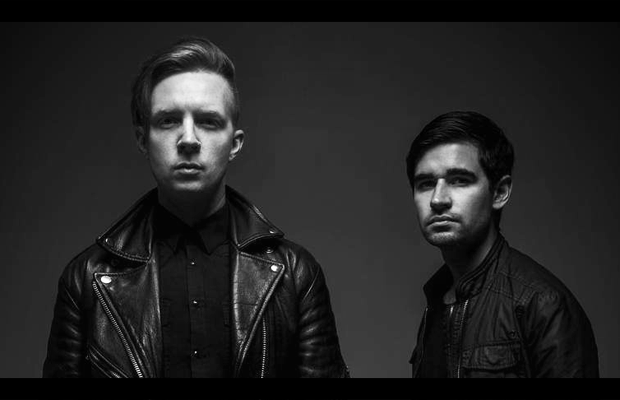 From meeting in Brooklyn in 2011; Davey Partain and Chuck Flores soon became fast accomplices in what soon became ÆON RINGS. With menacing dance floor burners and soaring synth work this Brooklyn synth pop duo is a numbing spectacle of light and sound. Lovers of the soundscapes of Blade Runner and 80′s revival, their dark and emotive songs are anything but dated. With a seamless blend of hooks, melodies and dark intensity. They’ve been welcomed by a vast range of audiences.

Korine is an electronic pop band created by members Morgy Ramone and Trey Frye. Meeting in Philadelphia in 2015 the two quickly became close friends after discovering their shared artistic motivations and musical approaches. An amalgamation of 80s era pop and contemporary awareness creates the duo’s captivating blend of sound and style - the result of which is an undeniably genuine and emotionally driven energy." 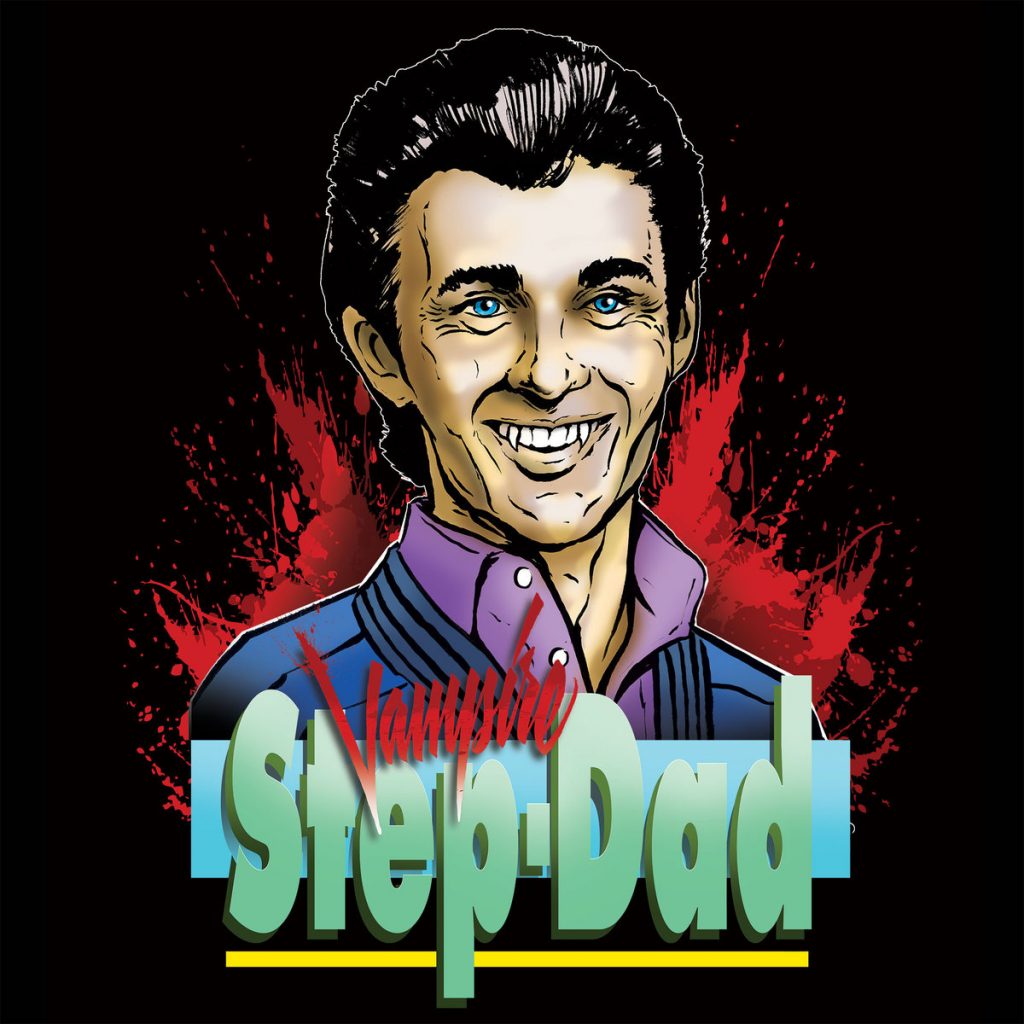 Some say it's best to be fashionably late. Vampire Step-Dad took that to heart and arrived about 25 years after the party ended.

Listening to a Vampire Step-Dad release is like sneaking into a movie theater in 1986, and finding a John Hughes film that never made it to VHS. Spanning the emotional gamut, whether a candlelit love scene, a taut suspense thriller, or an action packed crime drama, Vampire Step-Dad's sound is rooted firmly in 1980's sensibilities.

After a continuous stream of releases since mid 2015, Vampire Step-Dad is now focusing on bringing his music to the stage. He recently opened for Carpenter Brut in Atlanta while on his North American Tour. His stage show brings with it not only musical performances, but also a bit of step-fatherly advice, and plenty of dad-jokes that will leave you rolling your eyes.

Bloody Disgusting says Vampire Step-Dad "oozes nostalgia". When reviewing Vampire Step-Dad's latest release Love Bites, Echosynthetic characterized it this way: "You can almost smell the pizza, old carpet, and hear the arcade games off to the side while the DJ calls out for couples only slow skate."